It is estimated that 170,000 car insurance claims are suspected to have been linked to “crash for cash” gangs, an investigation suggests.  Crash for cash is where criminals deliberately cause a road collision to claim compensation.   Parts of Birmingham were the centre of these cases states the Insurance Fraud Bureau (IFB).   This fraud cost will mean increased premiums for all motorists.

Of 2.7 million motor insurance claims across the UK from October 2019 until the end of 2020, 170,000 could be linked to crash for cash networks.  It appears that areas in Birmingh 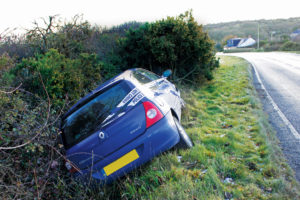 am and Bradford are the main hotspots.  It is hoped that people will be vigilant as they take to the roads more in the knowledge of these hotspots.  Innocent drivers are caught up in these collisions.

Some of these claims can run into millions as the IFB has found that single gangs can be behind thousands of orchestrated collisions in some areas.  Many lives can be put at risk with this activity and the cost of these claims will impact on the motor premiums paid by honest motorists.

There have been successful convictions of more than 150 people between 2011 and 2018 being convicted for submitted bogus claims in south Wales.

Until convicted, the Yandell family’s ‘crash for cash’ swindle went undetected for years due to the huge number of people roped into the scam.  The fraudsters staged accidents so they could submit bogus and exaggerated insurance claims.