A car stereo contains four times more dirt than a toilet seat, according to shock study!

It has been shown that some parts of a car interior, particularly the car stereo, could be almost four times dirtier than a toilet seat!

Parts of vehicles are harbouring large amounts of dirt with the stereo containing the most bacteria.  Research which had 10 key touchpoints in a car swabbed to discover the 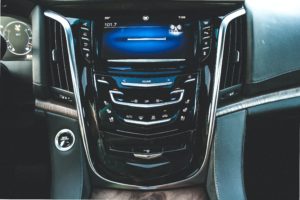 To compare, an office toilet seat was swabbed and this showed that on average car stereos are dirtier than a toilet seat and gear sticks were also high up on the level of bacteria found on them.

Research also compared parts of a family car to that of a worker’s van and surprisingly, parts of the family car were shown to be twice as dirty as the work van.

With the Covid-19 pandemic it is even more important to uphold a good hygiene standard.

People are being very conscientious about their own hand hygiene and wiping down shopping trollies and items brought in the home but not thinking about their cars and the importance of disinfecting the surfaces most touched inside.  It is good practice to clean the inside of cars with chemical cleaning products, microfibre cloths, and a vacuum cleaner.

Dirty cars aren’t just health issues: they can also lead to accidents.  A dirty windscreen can impair vision and make it harder to see upcoming objects on the road. In fact, in extreme cases, a dirty and untidy car could even invalidate your car insurance if you are in an accident.